The International Center for Growth in Connection (ICGC) is an outgrowth of four decades of research and practice in Relational-Cultural Theory (RCT).  RCT is generally acknowledged to have started with psychiatrist Jean Baker Miller’s ground-breaking and bestselling book Toward a New Psychology of Women in 1976. In this book, Miller critiqued the dominant paradigm of individualism that celebrated separation and independence, recognizing that this point of view often led to unequal power dynamics in human relationships. She began to define a new psychology centered in the idea that humans grow best through connections to one another.

Miller’s ideas were further developed in a collaborative group including three additional founding scholars– Judith V. Jordan, Irene Stiver and Janet Surrey. Meeting for years in Miller’s living room, the scholars continued to develop concepts and approaches that would forever change psychological theory.  It’s important to remember that the notion that humans grow through and toward relationship throughout the lifespan, and that humans are profoundly social beings, was a significant departure from prevailing psychological theories of the time.  In the late 1970s and early 1980s, these feminist viewpoints were considered radical, despite the fact that they are thought to be mainstream today.

Over time, additional meeting groups, scholars, and clinicians joined the emerging network, furthering its impact, and expanding its relevance.  The founding scholars began publishing and presenting the work, nationally and internationally. The model of “listening into voice”, engaging in an ongoing process, and being open to new perspectives remain a hallmark of Relational-Cultural Theory to this day.

As the approach continued to gain a following, a home for RCT was found at Wellesley College, specifically at The Stone Center-Wellesley Centers for Women.  With infrastructure and support from the College and in recognition of Miller’s contributions, The Stone Center became the Jean Baker Miller Training Institute (JBMTI) in 1995.  With the college’s support, the JBMTI held annual conferences for students and practitioners of RCT, reaching thousands of scholars and practitioners.

Relational-Cultural Theory was initially known as “Self-in-Relation” theory.  The approach’s initial name was intended to reflect the interconnected experience of women and offer a positive psychological approach to understanding the female experience that centered on being in connection with others and recognized the profound negative impact of social isolation.

As JBMTI attracted wider attention, the initial founders of Self-in-Relation Theory responded to the complaints of those who pointed out that the initial theoretical components had the unintended consequence of leaving out many important voices. This critique led to a growing awareness of the impact of culture and race, and the many ways that experiences of privilege and marginalization profoundly shape relational development.  In addition, what was initially understood to be a female experience, was acknowledged to be a universal human experience, and that the need for connection is not limited to any specific gender. Reflecting the shift in mindset, in the mid 1990’s, Self-in-Relation became known as Relational-Cultural Theory.

From its initial local origins, Relational-Cultural Theory has grown to national and international prominence.  RCT theory and practice groups exist nationally and internationally. Conference presentations on the approach have been attended by a variety of audiences, and publications by RCT writers have gained global appeal.   We’ve presented to over 26,000 people around the world.

Over the years, RCT scholars have produced over 105 Works in Progress, more than 30 books (starting with Women’s Growth in Connection in 1991 and most recently, Jordan’s Relational-Cultural Therapy in 2009 and 2018) and numerous book chapters and teaching videos.  RCT has been cited in over 10,000 publications and continues to serve as the theoretical underpinning for hundreds of doctoral dissertations; new articles and reports are published monthly—often by people unknown to RCT’s leadership.  RCT scholars and founders have been recognized with national and international awards. The American Psychological Association identified Relational-Cultural theory as one of the ten most important psychological theories in contemporary America.

The application of RCT continues in new and exciting directions.  Theory and practice areas include the established and the emerging, including eating disorders, health issues/health care, diversity, new models of application (for example, in neuroscience) and new areas of inquiry (such as social justice).  Counseling, psychology, education, social work, healthcare, and many other areas have been influenced by Relational-Cultural Theory.

Relational-Cultural theory is valued for its dedication to better understand growth-fostering relationships, to lessen the isolation and suffering caused by chronic disconnection, to acknowledge that development occurs in a broader context in which is gendered and stratified, and the recognition that culture is an active agent in all development.

In 2018, the Jean Baker Miller Training Institute grew into the International Center for Growth in Connection (ICGC).  As an independent non-profit organization, ICGC is the world hub for Relational-Cultural Theory, allowing for a wider portfolio of activities and a more global presence. New scholars and practitioners have been added to the leadership group, and many established scholars and practitioners have been engaged in reinvigorating the work and broadening its scope. 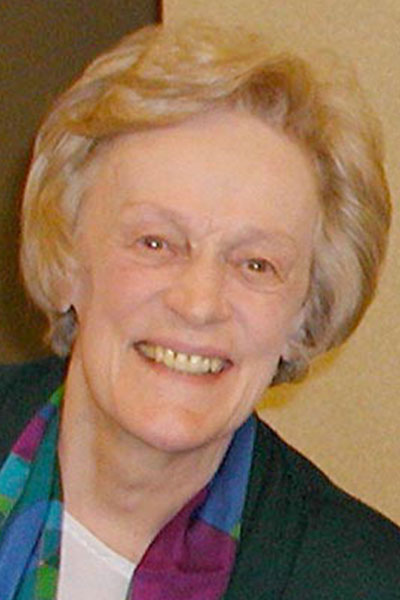 The late Jean Baker Miller, M.D., was the founding Director of the Jean Baker Miller Training Institute, a legacy project of the Wellesley Centers for Women (WCW) and a clinical professor of psychiatry at Boston University School of Medicine. She served as the first director of the Stone Center for Developmental Services and Studies, which became part of WCW. A practicing psychiatrist and psychoanalyst for over 40 years, Dr. Miller was the author of Toward a New Psychology of Women (Boston, Beacon Press, 1976), a book which became a classic in its field and about which a Boston Globe review said: “This small book may do more to suggest the range and scope of female possibilities than anything since Women’s Suffrage.” The book has been translated into 20 languages and was reissued in a second edition in 1987. Jean Maker Miller died in 2006. 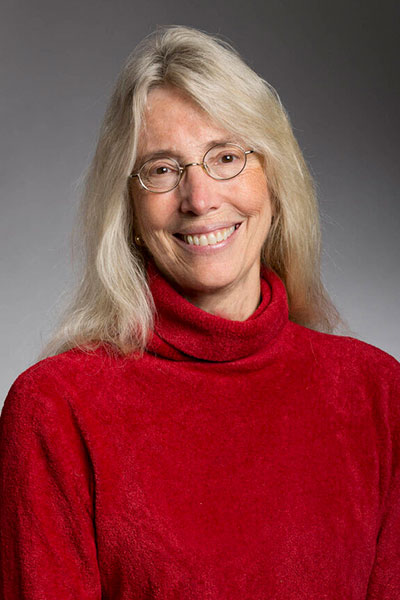 Judith Jordan, Ph.D., is the director of the Jean Baker Miller Training Institute (JBMTI) at the Wellesley Centers for Women (WCW). She is a founding scholar and creator of the nationally recognized psychological theory known as Relational-Cultural Theory. In addition to her position at WCW, Jordan is an assistant professor of psychiatry at Harvard Medical School. She was the director of Psychology Training as well as the director of the Women’s Studies program at McLean Hospital. She has spent a large part of her career working with her colleagues on the development of what has come to be known as the relational-cultural model of development and has published widely.

Dr. Surrey is a clinical psychologist and founding scholar of the Jean Baker Miller Training Institute at the Stone Center, Wellesley College and a Board member of the Institute for Meditation and Psychotherapy. She is a co-author of Women’s Growth in Connection and We Have to Talk. She is co-editor of Mothering Against the Odds: Diverse Voices of Contemporary Mothers. Dr. Surrey has written and spoken widely on many topics, including gender issues, mother-daughter relationships, addictions, couples therapy, empathy, adoption, and peacemaking. In addition, Dr. Surrey is trained as an Insight Dialogue teacher in the Buddhist Theravadan tradition and co-author of The Buddha’s Wife: The Path of Awakening Together with Samuel Shem, PhD.

The late Irene Stiver was Director Emeritus of the Psychology Department, McLean Hospital and had been a senior clinician and teacher in major medical/educational institutions for more than 30 years. She was the co-author of Women’s Growth in Connection and The Healing Connection: How Women Form Relationships in Therapy and in Life. She was the author of numerous articles and papers. Dr. Stiver had written and spoken widely on a range of topics relating to women’s development and experience: work inhibitions in women, “dependency” in relationships between women and men, therapeutic impasse, the need to reframe treatment models, and disconnection in troubled families 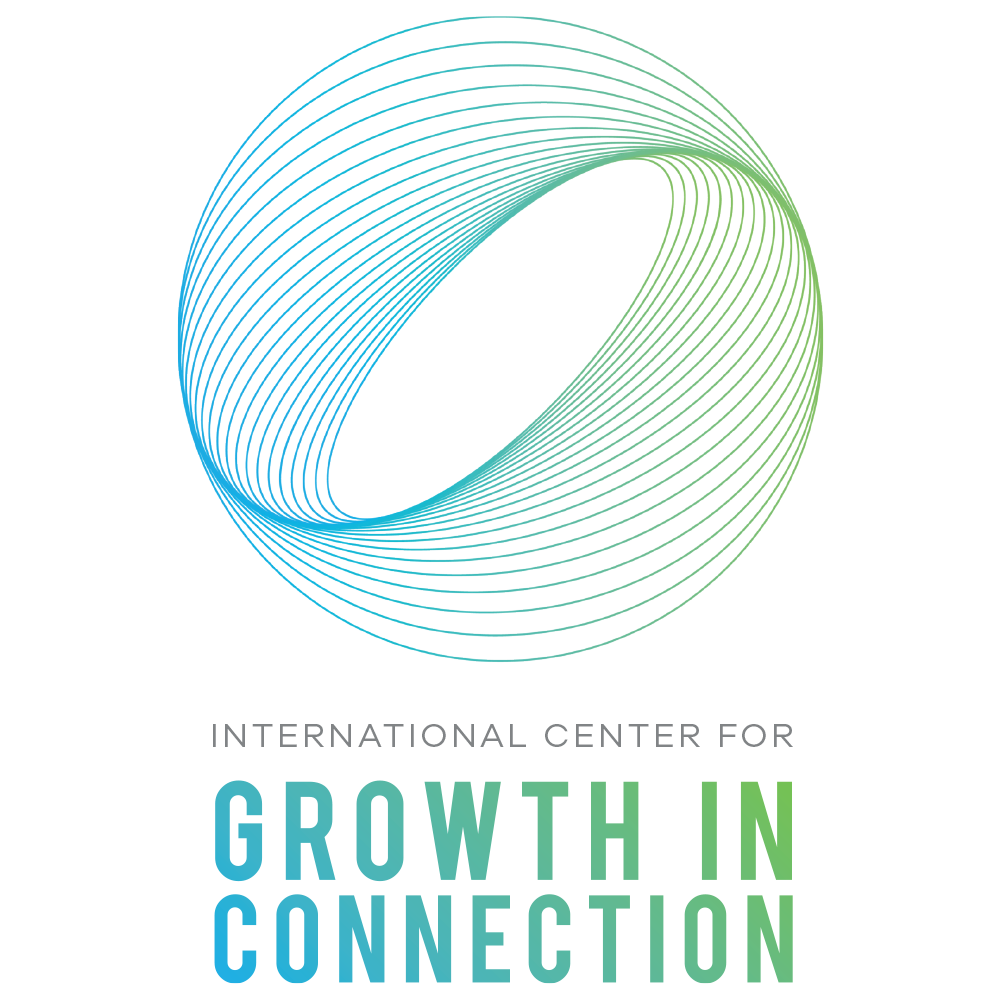 Home
About
Our Work
Learn With Us
Connect
News