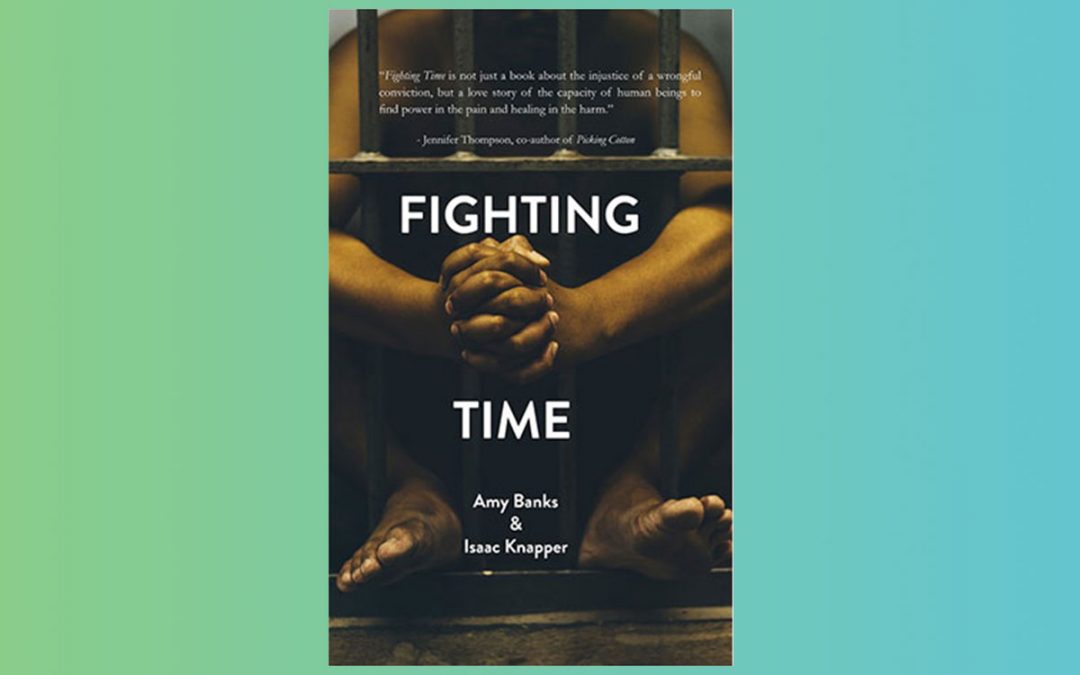 RCT scholar Amy Banks, along with Isaac Knapper have completed an important new book “Fighting Time”, scheduled for release on November 5. The book tells the story of Knapper’s wrongful conviction in the death of Dr. Ronald Banks, Amy’s father.

From the publisher’s site:

Unaware of the danger lurking on the periphery of the French Quarter, Drs. Ronald Banks and John Hakola made a tragic decision on the evening of April 29, 1979, to walk several blocks from the historic district to the Hyatt Regency. Inches from the safety of their hotel, they were accosted by two young men—a scuffle ensued, a shot was fired, and Dr. Banks lay dead on the sidewalk. Fighting Time is a tale of two families whose lives became entangled in that moment of trauma.
Isaac Knapper, a sixteen-year-old boy from a nearby housing project, was wrongfully convicted of the murder and sentenced to life imprisonment without parole in the Louisiana State Penitentiary. In Maine, the Banks family believed justice had been served by Isaac’s conviction, and his exoneration in 1992 unleashed a sea of confusion and grief. In 2015, Dr. Banks’ daughter, Amy, a psychiatrist and trauma specialist, realized it was time to unpack her own family trauma. After learning details of the prosecutorial misconduct, Amy and her sister, Nancy, traveled to New Orleans to meet the man wrongfully convicted of killing their father.
In Fighting Time Isaac Knapper and Amy Banks narrate the story of their thirty-six-year journey from murder to meeting with clarity, humility, and vulnerability.